The United States (U.S.) Department of Justice “charged 13 individuals, including members of the People’s Republic of China (PRC) security and intelligence apparatus and their agents, for alleged efforts to unlawfully exert influence in the United States for the benefit of the government of the PRC.”

The United Kingdom’s (UK) Competition and Markets Authority announced that it “is investigating the [Microsoft and Activision Blizzard] merger, what it means for gamers and the industry, and how you can share your views.”

Brazil’s Administrative Council for Economic Defense (CADE), “cleared Microsoft's full acquisition of Activision Blizzard…[and] [a]lthough unconditionally approved in Brazil, the merger is still contingent on the clearance of foreign authorities from the US and the EU, amongst others.”

The Biden Administration expanded “the Industrial Control Systems (ICS) Cybersecurity Initiative to a fourth sector – the chemical sector” that “will serve as a roadmap to guide the sector’s assessment of their current cybersecurity practices over the next 100 days, building on the lessons learned and best practices of the previously launched action plans for the electric, pipeline, and water sectors to meet the needs for this sector.”

Canada’s Privacy Commissioner and the data protection authorities of Canada’s provinces adopted a resolution, “calling on their respective governments and relevant stakeholders to ensure that the right to privacy and transparency are fully respected throughout the design, operation and ongoing evolution of a digital identity ecosystem.”

In a fact sheet, the Biden Administration lauded ongoing efforts to improve United States (U.S.) and identified areas of future efforts, including: “bring[ing] together companies, associations and government partners to discuss the development of a label for Internet of Things (IoT) devices so that Americans can easily recognize which devices meet the highest cybersecurity standards to protect against hacking and other cyber vulnerabilities.

The Biden Administration announced that “members of the National Artificial Intelligence Research Resource (NAIRR) Task Force met virtually for their tenth public meeting.” The White House added that “[a]s the penultimate convening of the Task Force before the submission of its final report to the President and Congress in December 2022, the meeting focused on refining details of the implementation plan related to the standup timeline, security requirements, data resources, and administrative home for the envisioned NAIRR.”

The United Kingdom’s (UK) Information Commissioner’s Office (ICO) warned “organisations to assess the public risks of using emotion analysis technologies, before implementing these systems.” The ICO continued “[o]rganisations that do not act responsibly, posing risks to vulnerable people, or fail to meet ICO expectations will be investigated.” The agency published two new reports “to support businesses navigating the use of emerging biometrics technologies.”

The United States (U.S.) National Telecommunications and Information Administration (NTIA) submitted a report to Congress regarding implementation of the “Commercial Spectrum Enhancement Act” (CSEA), namely on the Spectrum Relocation Fund (SRF) that “provides a centralized and streamlined funding mechanism through which federal agencies can recover the costs associated with relocating their radio communications systems or sharing the reallocated spectrum.”

The Office of the Australian Information Commissioner (OAIC) published its annual report for 2021-22.

“From dance videos to global sensation: what you need to know about TikTok’s rise” By Kari Paul; “Revealed: how coyotes and scammers use TikTok to sell migrants the American dream” By Johana Bhuiyan; “How TikTok’s algorithm made it a success: ‘It pushes the boundaries’” By Alex Hern; “‘We risk another crisis’: TikTok in danger of being major vector of election misinformation” By Kari Paul — The Guardian

“She clicked sign-in with Google. Strangers got access to all her files.” By Geoffrey A. Fowler — Washington Post

o   The California Privacy Protection Agency (CPPA) will hold a board meeting with this agenda.

o   The California Privacy Protection Agency (CPPA) will hold a board meeting with this agenda.

o The California Privacy Protection Agency (CPPA) will hold a board meeting with this agenda.

Microwave A tweaked refresh of the “Children’s Online Privacy Protection Act of 1998” may prove the privacy bill with the best chances of enactment during the lame duck session of Congress. Shortwave In July, Senate Commerce, Science, and Transportation Committee Chair Maria Cantwell (D-WA) held a markup of two

Paid-members only
Microwave A tweaked refresh of the “Children’s Online Privacy Protection Act of 1998” may prove the privacy bill with the best chances of enactment during the lame duck session of Congress. Shortwave In July, Senate Commerce, Science, and Transportation Committee Chair Maria Cantwell (D-WA) held a markup of two 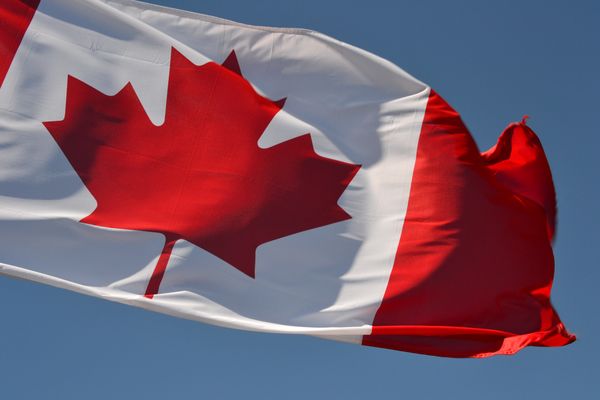